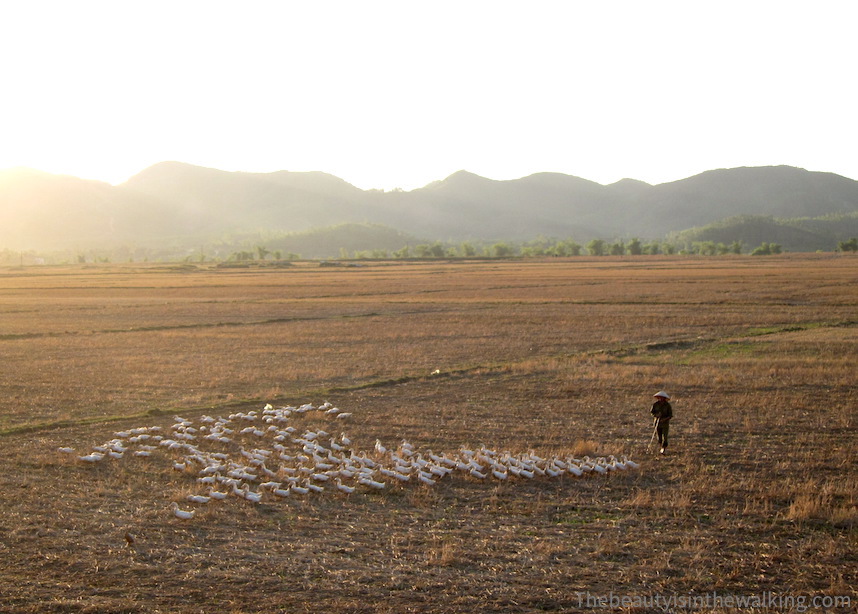 Pronounce “Phong Nja”. At least with an English accent. It sounds a bit like one of those kingdoms in fairy tales or cartoons but in fact, Phong Nha – Kẻ Bàng is a national park. It is located at the border between Laos and Vietnam in a mountainous area in the Quang Binh Province. Registered as a UNESCO World Heritage site in 2003, it has a stunning karstic landscape, covered by primary tropical forest. It is one of the world’s largest limestone regions, with the oldest reliefs in Asia – 400 million years old.

“A hotspot for resistance”

Phong Nha – Kẻ Bàng National Park has not less than 300 caves, filled with history since it used to be a hotspot for resistance during the French Colonization, and then the Vietnam War. It is also in those mountains that we can find the world’s biggest cave called Sơn Đông Cave, which hides an astonishing fauna and flora – oh and by the way, you can visit it if you are bold enough to wait a year and pay 3000 USD for a 5 to 6 day exploration. So, it was worth going out of our way to visit such a place.

From the coastal city of Đồng Hới, we can reach the little town of Sơn Trạch by local bus. From here, it is possible to enjoy various more or less organised activities, to see all the beauties that the huge park offers. We put down our backpacks at the Phong Nha Farmstay (which has nothing of a farmstay. Let’s say it is rather a comfortable hotel inside a beautiful colonial-style house full of backpackers who have extended their daily budget for the occasion. Almost shameful!) to enjoy the nearby countryside. An extremely well-located place, at a few kilometres from the town of Sơn Trạch, which has no particular asset except the fact that it is surrounded by lovely mountains. Brilliant idea!

The place is wonderful: from the farmstay, which is situated at the edge of a small village, we can enjoy a gorgeous view over the surrounding cultivated lands. Around five o’clock in the afternoon, when the heat becomes less exhausting, it’s time to get on a bicycle and get lost in the fields, ride through the villages, along the river and cross it to have a look at the beautiful churches on the other side, watch farmers squatting while working in the fields, small herds of cows and buffaloes, and admire the landscape turning gold under the sun that is slowly setting.

And when it comes to sunset time, the landscape becomes magnificent from the terrace in front of the farmstay. It takes on golden ochre shades, with a few buffaloes grazing and white ducks walking and swaying in single file, pushed back home by the farmer. Add to this peaceful picture, a perfectly cold and flavoured mojito, and you get one of these moments when you need nothing more.

On the day after, we decided to embark on an organised day trip to take advantage of several activities while saving time and energy: visiting caves, swimming and getting cultural insights in the middle of these mountains steeped in history. So, our eyes still a bit sticky, we left with a group of ten – which by the way rapidly turned into twenty. However, the day turned out excellent: we stopped along the road to see the scars of the War on the sides of the mountains, crossed the Hồ Chí Minh Trail West, one of the paths built during the Vietnamese War (or as Vietnamese called it the “American War”) by the Vietnam People’s Army to get troops and equipment to the south to help in the fighting, and finished the cultural part of the trip stopping off at the Highway 20 War Martyrs Memorial Temple, name given to this road in reference to the average age of the young people who built it. Our guide, Hung, gratified us with tons of interesting information.

After that, we walked down into the beautiful and huge Paradise cave, and had a thrilling long zip-line ride before allowing ourselves a good thick mud bath at the end of Hang Toi Cave (Dark Cave). When evening came, we only had time for a shower and diner, and we jumped into a bus towards Ninh Binh.

Mud bath in the Dark cave