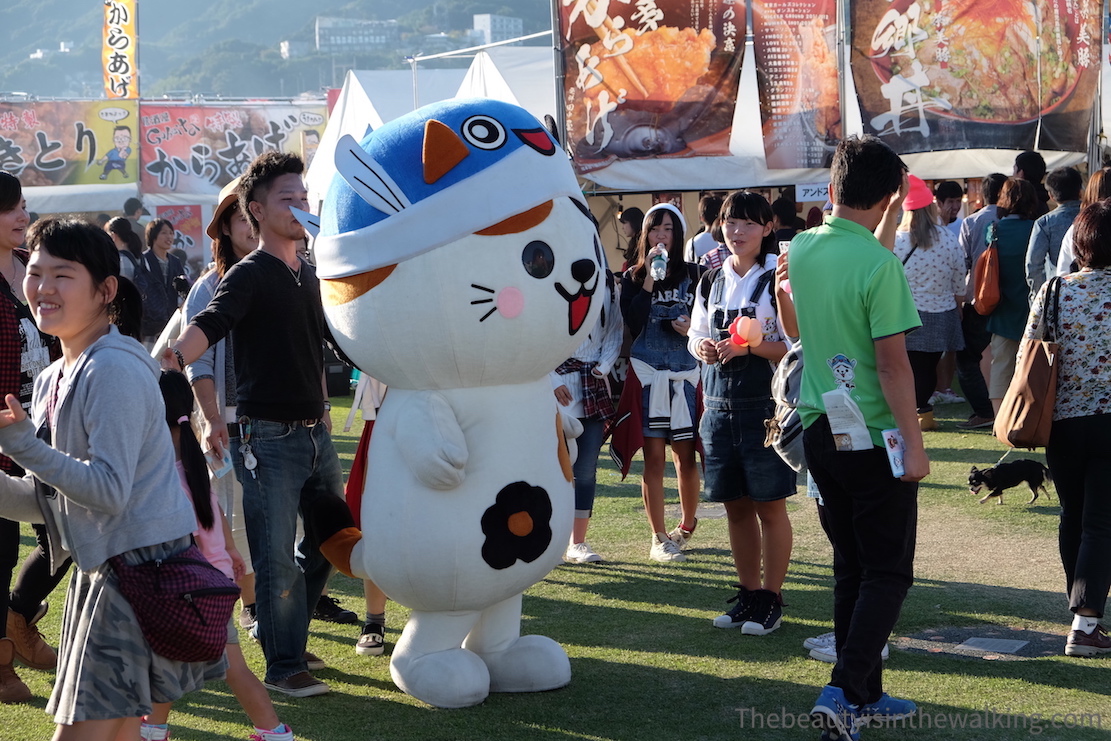 For this beautiful month of May (we’ve had a gorgeous weather in Copenhagen so far!), the theme is Made in Japan, chosen by Mirovinben.

“Technology, gastronomy, lifestyle, beliefs, hobbies, literature, multimedia… Something coming from Japan”. Rather a wide topic when we know the slightest bit of Japan and how many typical pictures we can take there. It’s a country we love very much, so this theme took us back into the Photo of the Month.

I chose this picture taken at a festival in Nagasaki, in the South-West of the archipelago, on Kyushu Island (city that we have often heard about because of its tragic history, without knowing where it’s situated exactly nor what it now looks like) but I could have chosen a thousand other photos, as to me there are so many things that characterize Japan.

It was in October, and the weather was still nice and warm; autumn arrives a bit later in Japan than in Western Europe. A music festival was taking place in the harbour, which attracted a crowd of young people and families. Food stalls were installed near the big stage, and people were eating, talking and sunbathing on the grass all around, waiting for the concerts to start later.

Here is a sweet character. Children and adults rushed towards it to say hello and give it a hug, and of course have their picture taken with it. It represents with other similar characters a happy and childish fiction, in which Japanese people like to live, perhaps to escape a certain reality ruled with codes and constraints. Here, suddenly, codes vanish and they can be themselves.

Reminder: On the 15th of each month, at 12 o’clock sharp Paris time, we post a photo on a theme chosen by Photo of the Month, a group of worldwide amateur bloggers and photographers. An opportunity to share our photographs and the memories behind.

See other Photo of the Month.